Burgundy meets the Rhone.  An utter respect for tradition, and in some ways a total break.  We’ve watched as Mounir and Rotem Saouma, of Burgundy producer Lucien Le Moine, slowly developed their estate and wines in Chateauneuf-du-Pape, and the results today are too extraordinary and distinct to ignore.

Let’s start at the beginning: 5 acres in Pignan. A sale was being conducted through the French state that presented the opportunity to buy a somewhat neglected parcel adjoining some oustanding plots (notably Rayas’ Bois de Rayas and the Pignan lieu dit).  The Saoumas have long loved the area and its wines, have many friends, and saw they could potentially acquire land in a way that would not be possible in Burgundy.

The sheer vitality of these vines today is  extraordinary.  We know and love Mounir Saouma because of the way he transmits both unknown and acknowledged great crus of  Burgundy through his elevage into masterpieces, but it turns out he may be an even more talented vineyard manager.  Mounir’s philosophy is in theory straightforward. He has worked to improve drainage in his vineyards, works with organic manures, and doesn’t mind the low yields he is getting in his plots.  As is the case with most things in life, simplicity appears only after deliberation and experience.

From this plot Mounir has been able to acquire additional vineyards, and today farms a total of 21 acres across 8 vineyards in all 5 villages of the appellation (Chateauneuf-du-Pape, Bedarrides, Sorgues, Courthezon and Orange).  The kaleidiscope of the terroirs he works with is reflected in the cellar, as well, where a combination of barrels, foudres, cement, and eggs are used, all except the last of which can be considered “traditional” within the diversity of Chateauneuf’s viticultural history.  The fruit is pressed firmly with small presses dating from the late 1970s, left in tank to macerate at relatively cool temperatures for 8 days, and then transferred to the various vessels.  The wines are never punched down, never racked, and never sulfured until a light addition a month before bottling. They age for between 24-36 months, including the white, which as you might expect has an outsized focus here.

The wines are stunning: precise, intense, complex, expressive visions of Chateauneuf.  They somehow speak to the past, but also to the present (and we would guess, the future), all in their own voice.

The Saouma’s purchased a desolate plot of land in Orange in 2011. A minimal intervention approach combined with the image of the original barren land inspired the name of the wine, INOPIA, which translates to “made from nothing” in Latin.

Rotem & Mounir’s whites are breathtaking. This village level wine is no exception, following the similar philosophy of exceptional terroir paired with high quality, low yielding fruit that remains undisturbed for an extended period of time after fermentation. 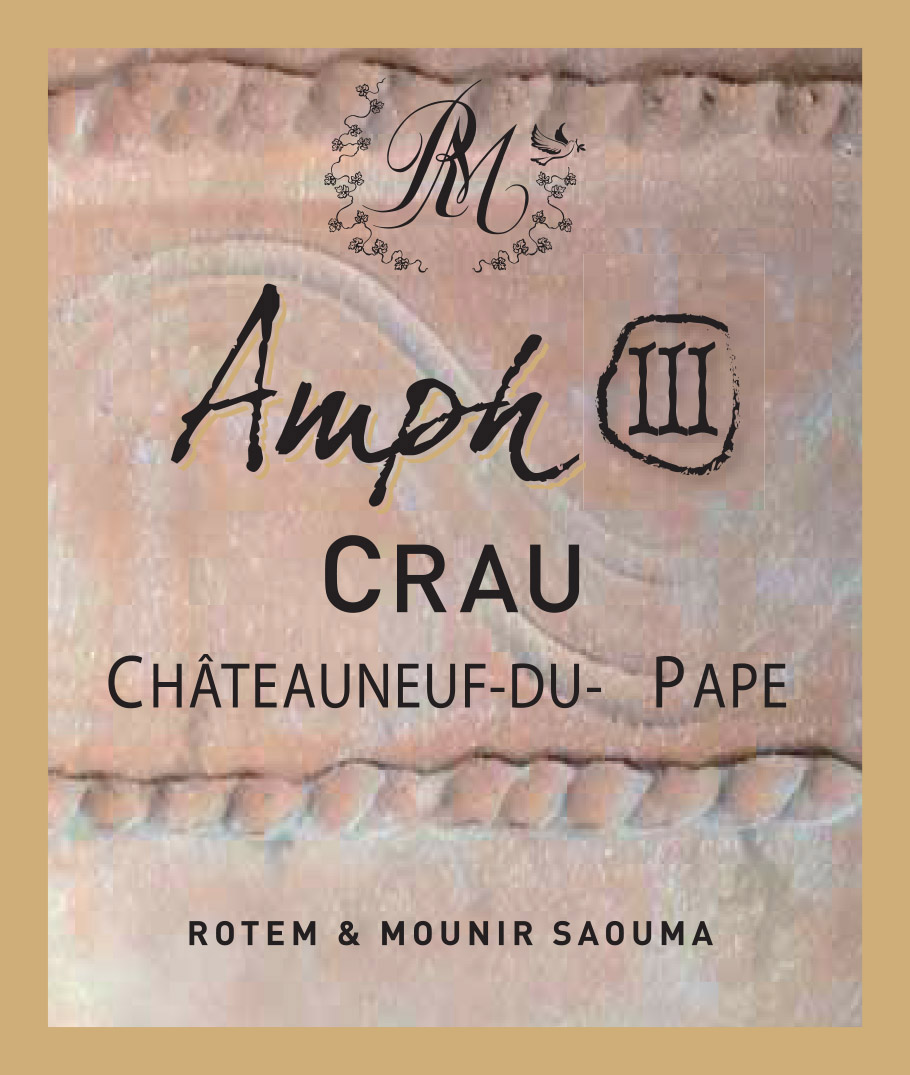 Every year Mounir will select several crus to age in Amphorae, where they will remain untouched for around a year, with no input.  Then a gentle pressing and bottling.  These wines transmit the characteristics of their terroir in a pure, unvarnished manner.  Not normal wines, but then again nothing Mounir Saouma does is normal .

Another unsurprising but jawdropping discovery when encountering the Saouma wines: Magis, Mounir’s white Chateauneuf from the heavily limestone Pierredon vineyard in Bedarrides. It makes sense that a producer of great white Burgundy would quickly become enchanted by the possibilities here. Only 3% of Chateauneuf is white, and virtually all of it is bottled after 6 months. Mounir’s chateauneuf is aged 18-24 months and has already been compared to some of the great white Burgundy crus for its depth and minerality.

From his original 5 acres in Pignan, Mounir has one plot, of 100% Grenache planted in the 1930s, which yields naturally at a miniscule 1 ton per acre. From these vines he produces Arioso, a Chateauneuf of astounding depth and finesse.

"A beauty, with singed macadamia nut, brioche and hazelnut hints leading the way for a mix of creamed Jonagold apple, white peach, persimmon and Cavaillon melon flavors. A buried spine of chamomile and jasmine keeps everything focused while extending through the very long and beguiling finish. Grenache Blanc, Bourboulenc, Clairette and Roussanne. Drink now through 2025. 25 cases imported."

More on Rotem and Mounir Saouma 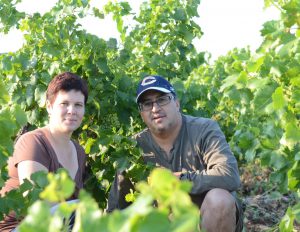 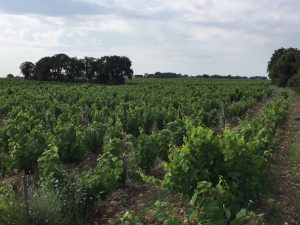 October 30, 2018 - Click here or on the image below to see more on the Calendar Year 2019 releases at Rotem and Mounir Saouma. 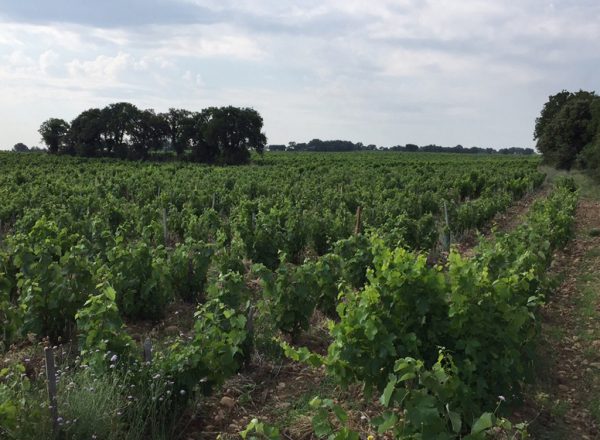 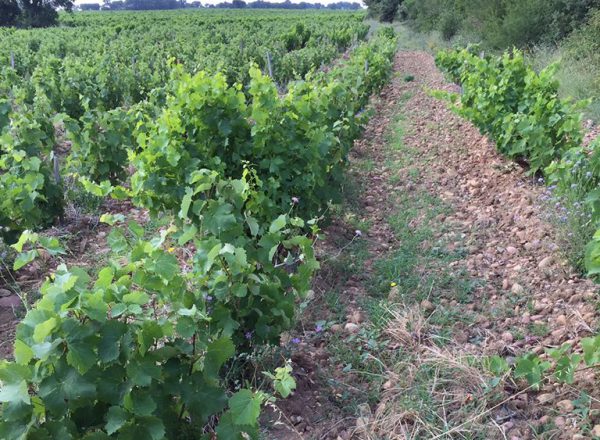 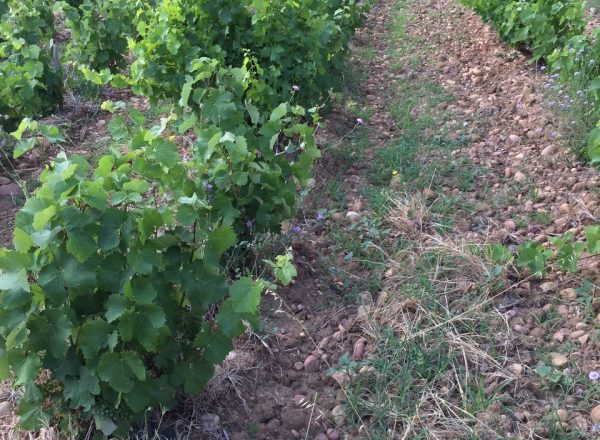 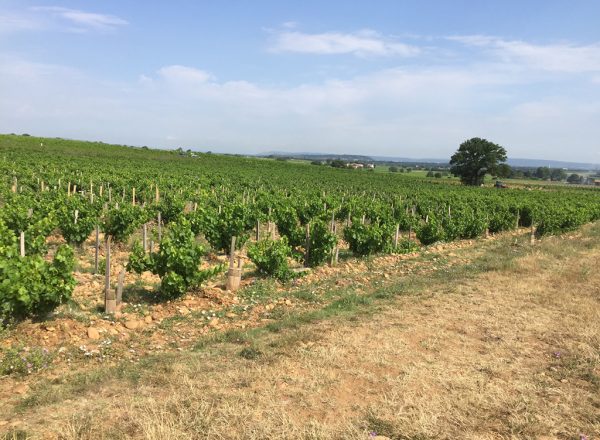 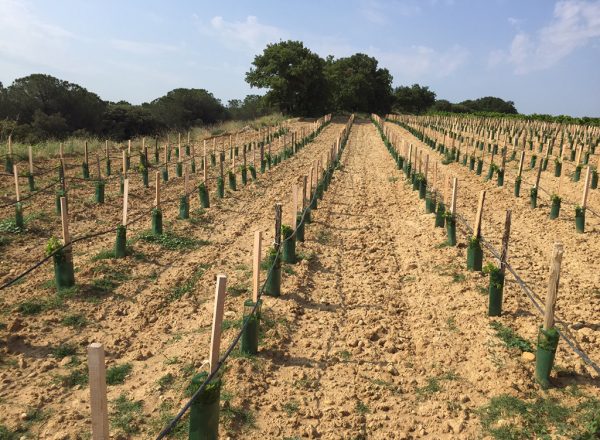 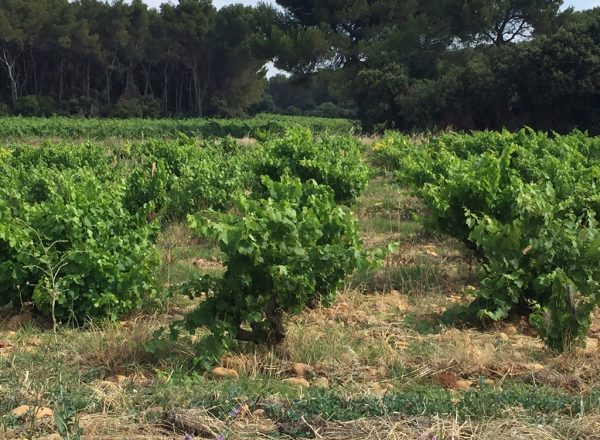 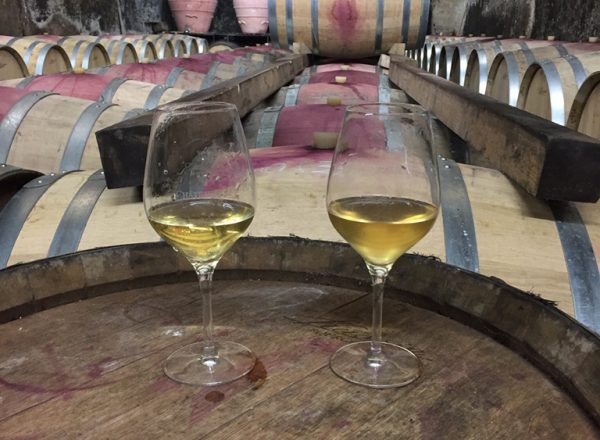 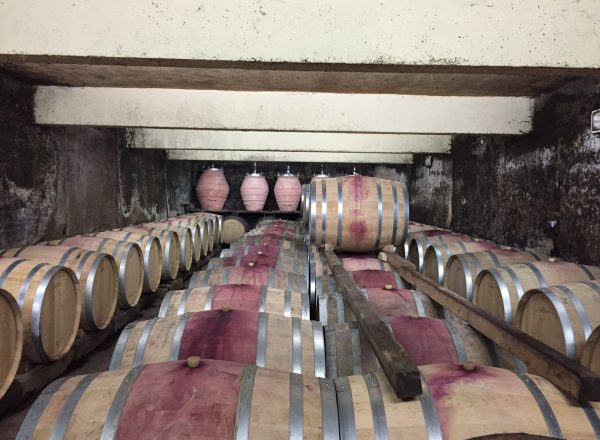 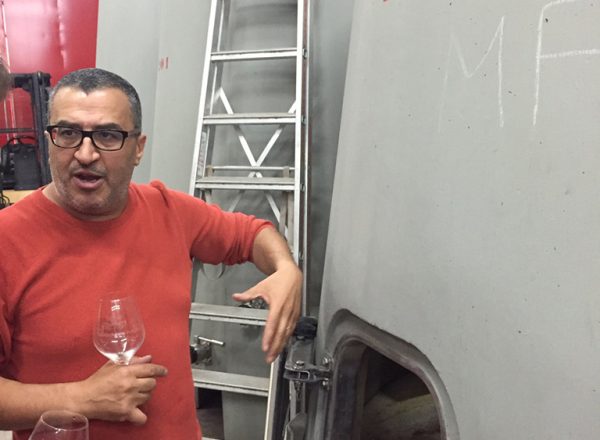 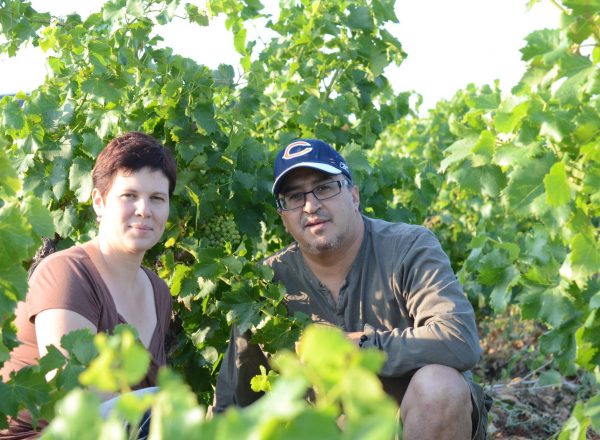 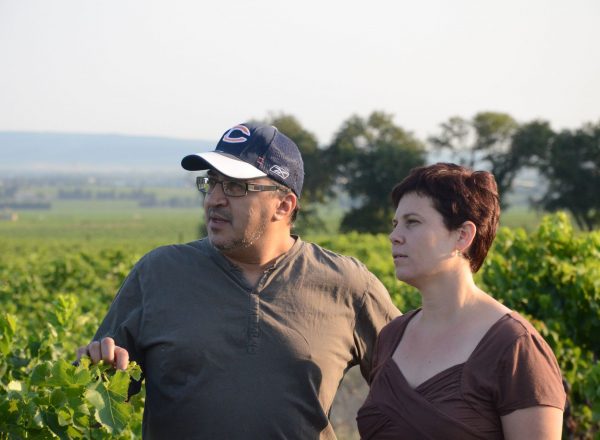