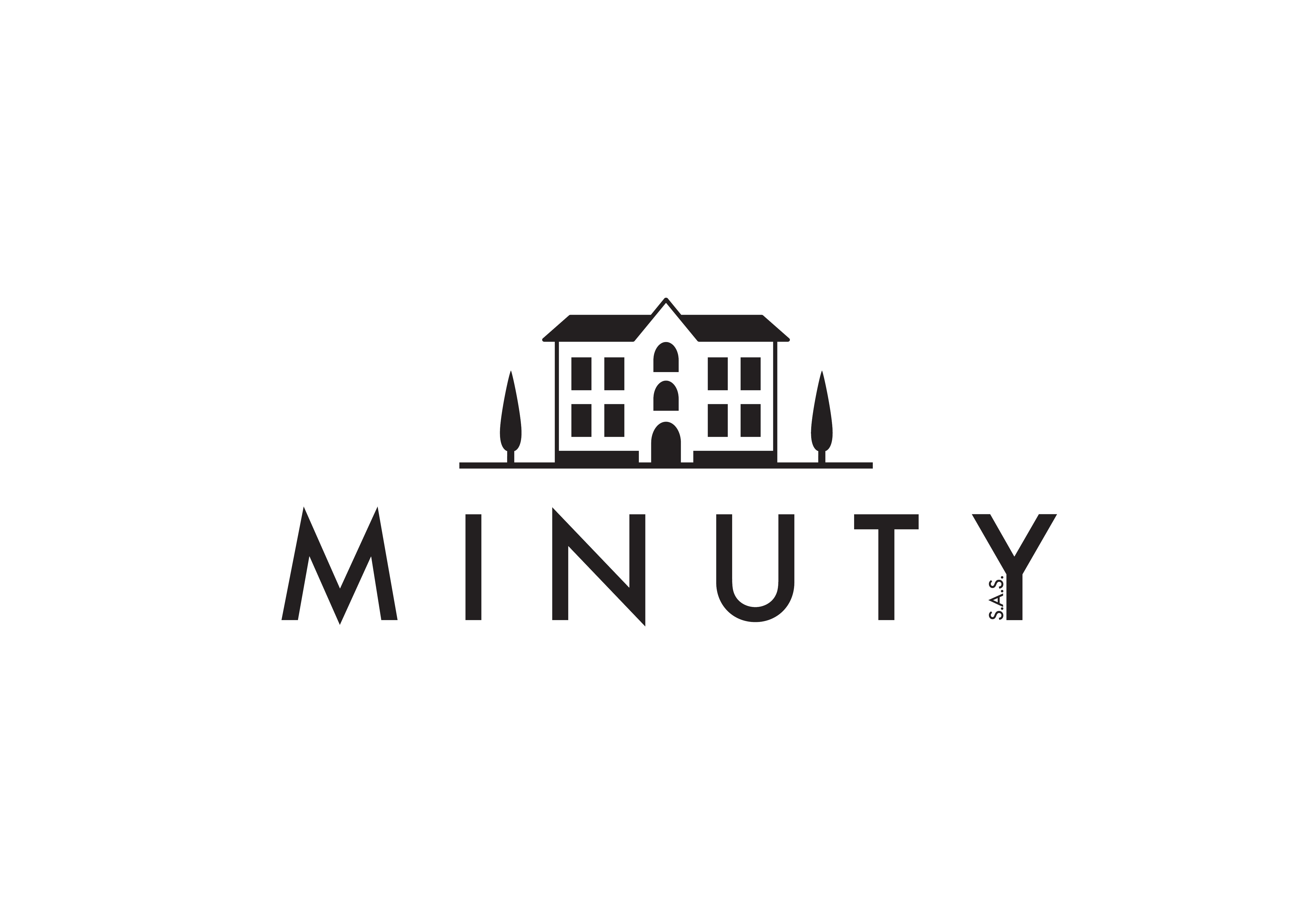 Château Minuty is the global leader in Côtes de Provence rosé, and beyond that it can be argued is the most important estate in the history of Provence rosé. The Saint-Tropez based, family owned estate has been, since its founding, one of the quality leaders for the region. Minuty then became one of the most visible producers in the second half of the 20th century, a result of quality production and commercial foresight when no one in the region could imagine the global phenomenon Provence rosé would become. And then in the last two decades, Minuty defined the vision for and led the unbelievable growth in Provence rosé around the globe.

One of the original 18 classified growths of Provence, Chateau Minuty has always been considered a quality leader for the region. Over decades it became the top selling rosé in its home of the French Riviera, where it abounds in leading beach clubs, restaurants and luxury retailers from Saint-Tropez to Monaco. From the winery, which its half a mile from the sea, you can actually see the Gulf of Saint-Tropez, dotted with sailboats and yachts. In the second half of the 20th century, Minuty created the elongated “Provencal bottle”, adopted by any number of other estates. If in the last 50 years you sat on the beach in the South of France, glass of rosé in hand, watching the blue of the sea and the blue of the sky play their game until sunset turned everything, yes, pink, you were almost certainly drinking Chateau Minuty.

In the last decade of the 20th century, Minuty made critical decisions in the vineyard that would come to define what is now seen as the style of Provence rosé. The first step came from the realization that the greatest plots in their vineyard were old Grenache. When handled with overwhelming gentleness, Grenache can produce wines of aromatic complexity as well as complex and deep flavors and body without tannin or aggressiveness. Minuty’s rigorous attention to viticulture, gentle handling of fruit (Minuty is the last regional estate to 100% hand harvest grapes), and preservation of aromatics and freshness, allows them to achieve their overall objective of producing wines of elegance, complexity and accessibility. It is hard to understate the freshness and total seamlessness of the wines. Minuty also utilizes from its Saint-Tropez vineyards small amounts of the local Tibouren grape, which imparts a distinct ocean salinity to the wines, as well.

Today, Minuty continues to push the quality envelope. They have followed through on their strong commitment to sustainable viticulture by quickly achieving the French government’s High Environmental Value certification for the estate’s biodiversity, farm management to limit inputs, and broader commitment to limiting environmental impact. All wines are strictly from the Côtes de Provence AOC and grown without the use of chemicals.

Above all, Minuty is defining what a great, luxury rosé should be. They are not interested in making more wine, and are not going outside of their Côtes de Provence home. With their Prestige, Rose et Or, and rare 281, they are putting greater and greater emphasis on making truly distinct and outstanding wines from their estate holdings. That is their vision of the future.

Minuty invites you to savor the essence of the French Riviera with its third M de Minuty Limited Edition bottle. This year’s iconic M de Minuty “Bouteille Provencale” breathes new life through the vibrant designs of Barcelona based visual artists Zosen Bandido and Mina Hamada. Illustrating the world of Minuty through the Mediterranean sea, sun and soil, this eye-catching bottle invites you to picture yourself on the beach enjoying all the pleasures of summer.

M de Minuty is the quintessential Côtes de Provence rosé, a style that Chateau Minuty defined,and is the reason behind their success as the world’s top producer of premium rosé. Fresh, lively and perfectly balanced, fantastic quality, a glass in hand transports you to the seaside and the French riviera lifestyle, watching the sea and the sky, surrounding yourself with friends and family, and enjoying life to the fullest.

If you notice just one wine on the beach and seaside restaurants in the south of France, it is almost certainly Minuty Prestige. This wine has become the emblem of the Riviera lifestyle, and it is place that has been earned through the unbelievable dedication to quality by the Minuty family.

Rose et Or encapsulates the Chateau Minuty Saint-Tropez estate. It speaks of the seaside with its freshness and flavors, and represents the ultimate in what a quality Côtes de Provence rosé can achieve: it’s gentle freshness giving way to concentrated, almost gourmet flavors.  It moves from the terrace to the white table cloth like no other.

281 refers to the Pantone number for this royal blue color that elegantly cascades in a glaze down the side of the bottle.  It evokes the sky and the sea of Minuty’s French Riviera home, in particular the deep blue that appears everywhere after the strong afternoon wind.  100% estate from a single old plot of Grenache whose clone is exclusive to Château Minuty, it is the ultimate reflection of their special seaside vineyard and Provence.

- "In an elegant bottle, this is an equally stylish wine. Almost pure Grenache gives a wine packed with red-fruit flavors balanced by young, enthusiastic acidity. The fruitiness is delicious, fresh and crisp."

- "With its predominance of Grenache, this wine is generously packed with red fruits along with fresh acidity and a layer of pepper. The wine is both rich and crisp, a balance that makes it ready to drink."

- "Grenache and a touch of Cinsault come together in this soft, rich and generous wine. Acidity is beautifully integrated into the fruits and rounded texture, making this a great food wine."

February 26, 2020 - In all its glory, meet the stunning new 2019 Château Minuty Prestige bottle. Minuty Prestige was crafted to be the ultimate Côtes de Provence Rosé and emblem of the French Riviera lifestyle.… 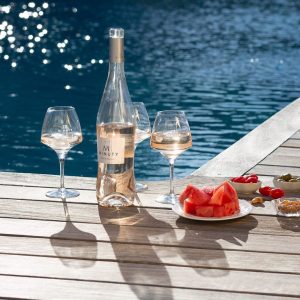 March 16, 2020 - 2019s have arrived - just in time We’re looking forward to the weather warming up for many reasons nowadays.  Despite the fact we’re still in March and we are facing… 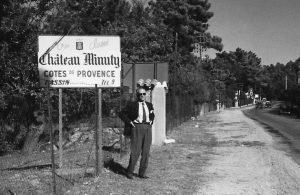 May 1, 2020 - Somm in the City writer Sara Lehman wrote a lovely piece about Château Minuty, "an iconic producer of Côtes de Provence rosé." We couldn't agree more with Sara as she… 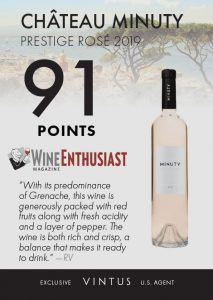 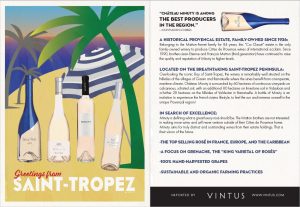 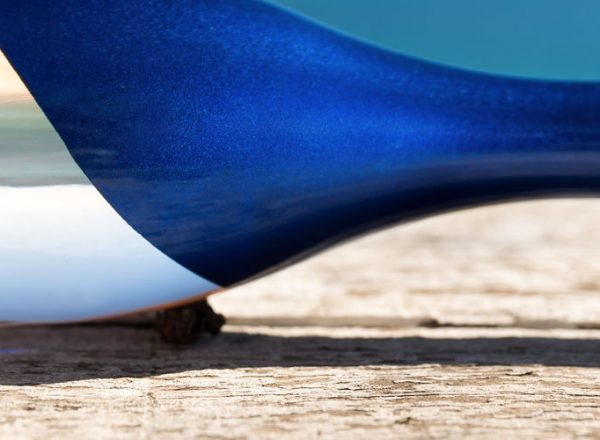 February 24, 2020 - In celebration of their 80th anniversary, Château Minuty has created a stunning video that pays homage to its gorgeous setting in the Côtes de Provence.   [embed]https://www.youtube.com/watch?v=GYU0BUe4MoE[/embed]

May 28, 2020 - Join artists Zosen Bandido and Mina Hamad as they taste the 2019 Chateau Minuty "M" Limited Edition and draw inspiration for their unique bottle design that captures the world of… 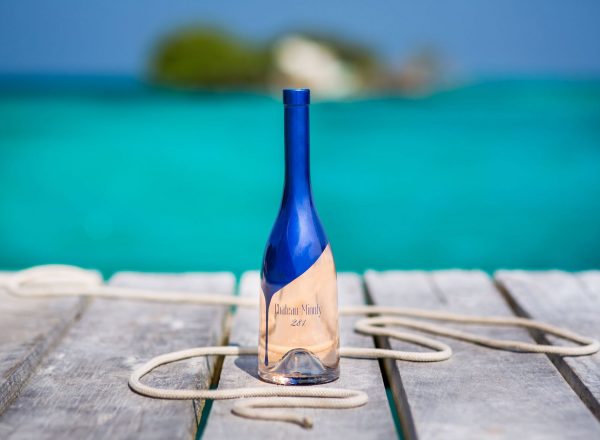 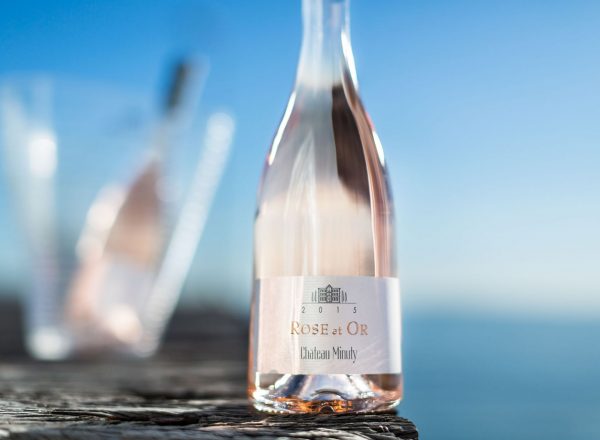 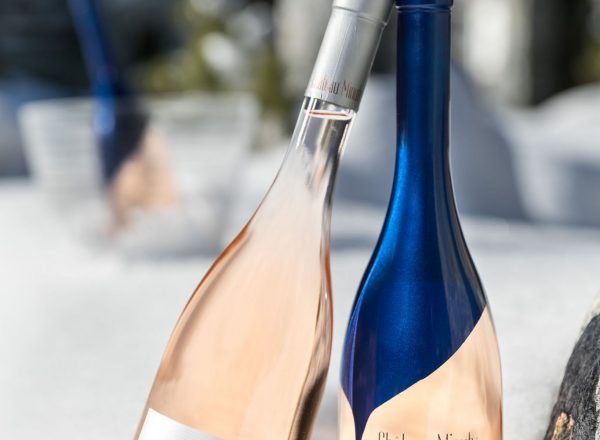 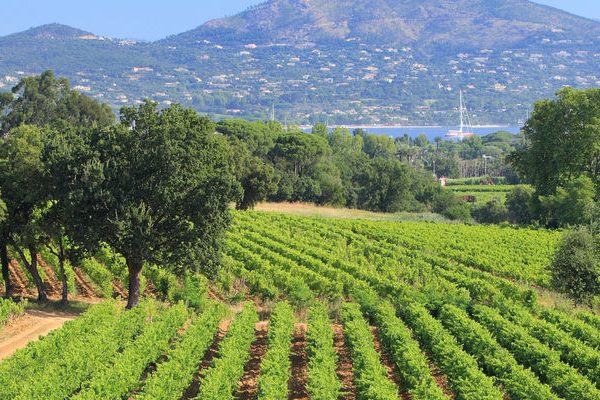 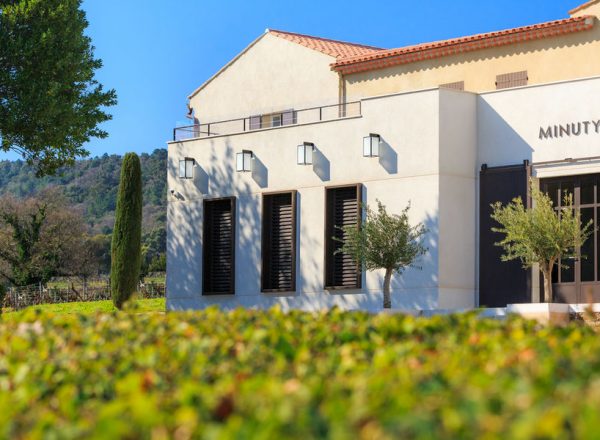 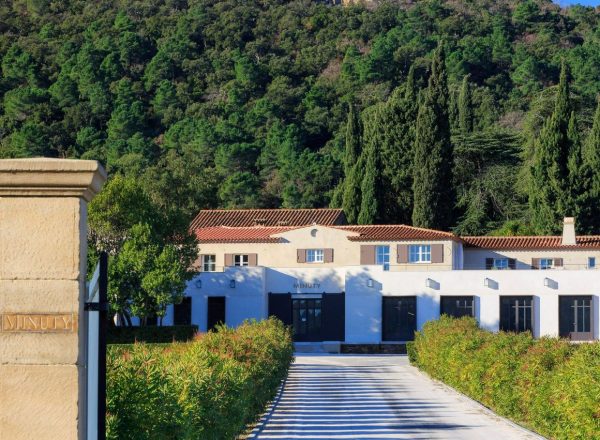 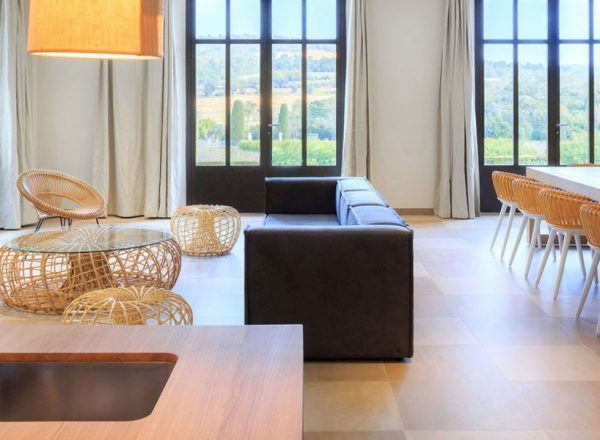 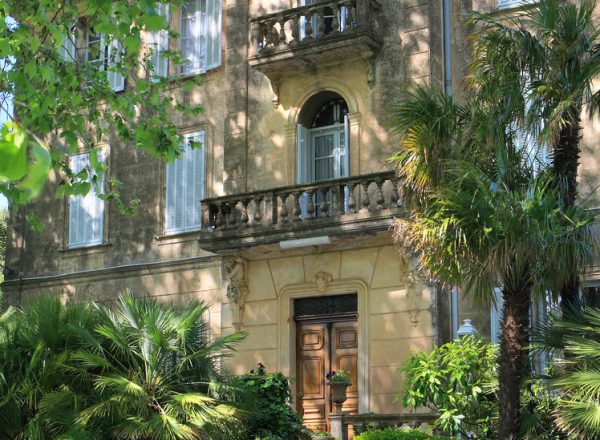 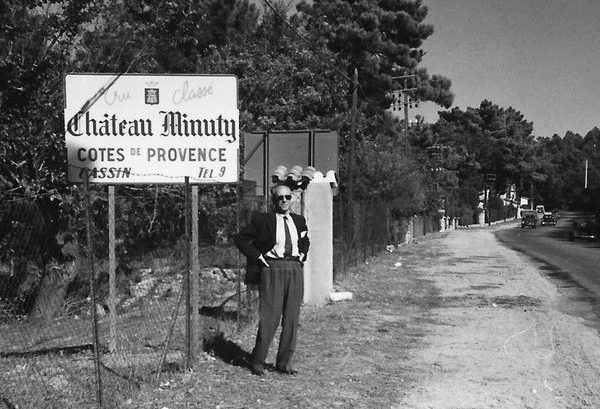 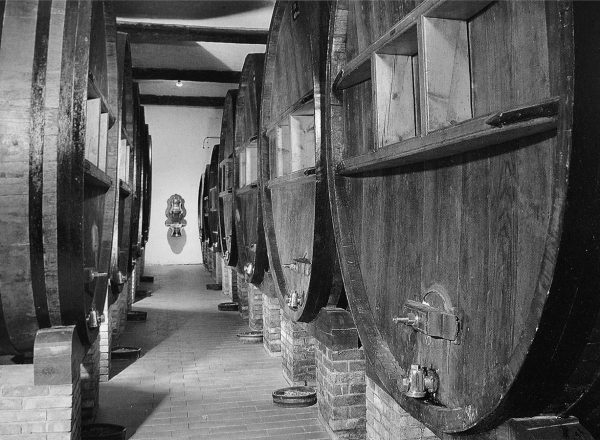 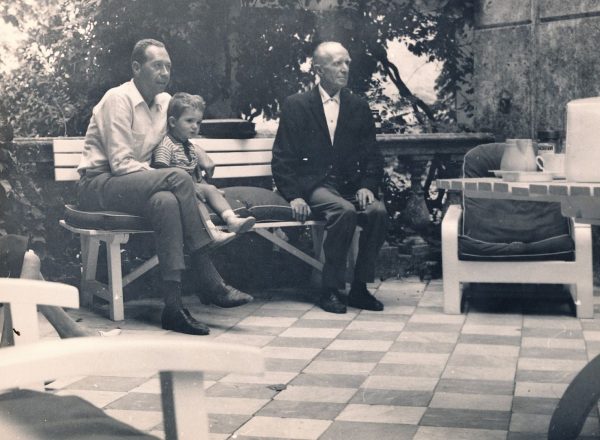 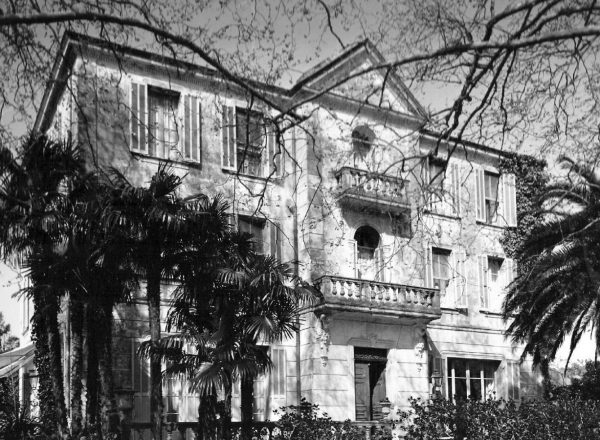 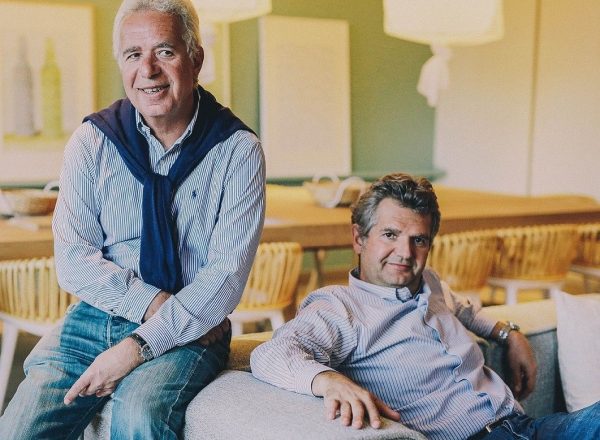